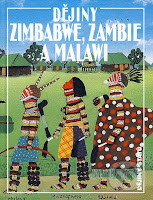 I have received from Amb. Jaroslav Olša, jr. , current Czech Ambassador to Seoul, some interesting information  about Czech diplomat-writers.

Here is the list of books that Amb. Olsa has kindly provided.

The first post-communist democratic foreign minister of Czechoslovakia (passed away last year) Jiří Dienstbier, wrote at least three books connected with foreign policy, one of his successors, Jaroslav Šedivý, has already published three volumes of his memoirs covering his ambassadorship in France, his ministerial times and the third one about his last posting as Ambassador to Brussels.
But the list of other Czech diplomats having varous books at their credit seems to be incredibly long as they are not only memoirs writers, but also historians or fiction writers.

- current Ambassador to Turkey (and previously to Portugal, Kenya and Brazil) Václav Hubinger published an encyclopedia of diplomacy and also an ethnography book on canibalism.
- former Ambassador to Ethiopia Zdeněk Poláček authored not only two dictionaries of Amharic but also translated widely from this language as well as Ge´ez.
- former Ambassador to Egypt Břetislav Vochala is an author of numerous books on Egyptology, as he is one of the leading world Egyptologists.

- former Ambassador to Kenya (and later on Director of Diplomatic Protocol) Jan Drábek wrote a pseudo novel about (his) experiences in East Africa and humorous tales about his work as a protocol chief, previously – while living in the United States and Canada – he was already published novelist.

- former Ambassador to Chile and Venezuela Jiří Jiránek wrote a travelogues about Chile and Venezuela and neigbouring countries, and a significant study on history of Czech immigration there.
- two former ambassadors to the Holy See (František X. Halas and Pavel Jajtner) also wrote their diplomatic memoirs, while the former one also a published a book about the modern history of a Sovereign Order of Malta.
- former Ambassador to Belgrade Judita Šťouračová wrote two books about trade diplomacy.
- former Ambassador to Jordan and later on Turkey Tomáš Laně wrote History of Turkey and at least one more book and also Czech-Turkish dictionary.

- former Ambassador to the Philippines and Venezuela Stašek Slavický published at least two titles on South East Asia.
- former charge d´affaires to Iraq during the late Saddam Hussein´s times Dušan Belica wrote (jointly with his son, who is a journalist) a kind of modern history of Iraq/diplomatic memoirs.
- former Ambassador to Thailand Jan Bečka wrote History of Burma.

- and - last but not least - myself, now Ambassador to the Republic of Korea and formerly to Zimbabwe, I have published book History of Zimbabwe, Zambia and Malawi (with Otakar Hulec), plus three titles on modern Zimbabwean art and one book about early Czech(oslovak) travellers in Korea and in edition edited and selected a dozen anthologies of science fiction

The reason for such a high number of writing ambassadors is in fact, that the newly democratic Czechoslovakia needed new diplomats, and a new service was thus based on experts from outside the diplomatic service. The 1990s thus saw untypical situation, when almost simultaneously the positions of ambassadors in Japan, China, India, Indonesia, Iran, Burma /non-resident/, Ethiopia, Ghana, Nigeria, DRCongo, Egypt, Turkey /to mention only non-European posts/ were occupied by experts in those countries and languages.

But the trend was already created, and at least dozen other active Czech diplomats has published at least one title, often travelogues (Jana Chaloupková has five titles on various Asian countries and Brazil on her credit), or novels (like Marek Toman), Markéta Hejkalová, formerly diplomat in Finland, became vicepresident of PEN International and a noted Czech novelist etc."
Posted by Laughing Diplomat at 6:45 PM

Anonymous said...
This comment has been removed by a blog administrator.
February 3, 2013 at 5:34 AM