Book on Peacebuilding by the Italian diplomat Alberto Cutillo

The Italian Diplomat Alberto Cutillo has published an interesting and original book (in English) on Peacebuilding with the title: “Reviewing Fifteen Years of Peacebuilding. Past, Present and Future of International Assistance to Countries Emerging from Conflicts and Italy's Contribution”.
The book traces the evolution of Peacebuilding activities since the early 1990s and sheds light in those areas thatrequire further attention. In spite of the considerable efforts and resources invested in years of practice,Peacebuilding activities throughout the 1990s were undertaken by a multitude of actors in absence of an overall political strategy. The main challenges of Peacebuilding are therefore not due to lack of knowledge or lessons learned;instead, they are due to the failure to produce a commonly agreed doctrine and to translate it into meaningful guidelines on the ground. The book further argues that although progress is being made, the United Nations system and donor agencies have failed thus far to address satisfactorily three main gaps: political leadership,strategic coordination and a comprehensive mechanism.

Note that a Free Online PDF version of the book is available at: http://www.ssi.unitn.it/working_papers/index.htm

The European Union and the Western Balkans 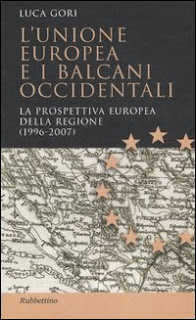 Luca Gori, Italian diplomat, is the author of a book on the European Union policies towards the Western Balkans countries in the years 1996 - 2007. Gori who has served at the Italian EU mission in Bruxelles analizes the action taken by the Union and its efforts to integrate the region in the European framework. A very interesting book for anyone who also wants to understand the current situation.

The book is available at: http://www.libreriauniversitaria.it/
Posted by Salahddin at 12:18 PM No comments: 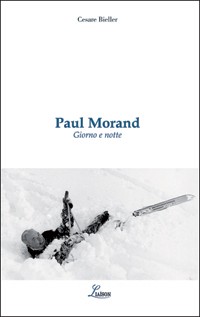 A young Italian diplomat, Cesare Bieller, has recently published a book (in Italian) on the famous French Diplomat Paul Morand.

Paul Morand ( 1888 - 1976) was a French diplomat who excelled in writing novels. His books were noted in the Twenties for their elegant and concise narrative style, and for the author's insightful observations of the many countries he visited. Morand's reputation has been marred by his political stance during the Second War War, when he collaborated with the Vichy Regime. After the war he lived in exile in Switzerland and wrote more profound texts.

Paul Morand's books, be they his travel narratives or his moralistic works, are extraordinarily relevant today. Cesare Bieller reveals to us a few of the many facets of this modern and contradictory writer who loved Italy so much that he named his Memoirs, "Venices". It is a journey into the universe of a writer who, although misunderstood during his lifetime, remains compelling to this day.

Intercultural Communication between Greeks and Italiana

Fabrizio Lobasso, Italian diplomat and former Consul in Athens, is the author with two researchers from University Ca' Foscari of Venice of an interesting book on intercultural communication between Italians and Greeks.
The book is addressed to professionals working in the fields of business, tourism and culture.
The project has been financed by the Italian Foreign Ministry.
Posted by Salahddin at 1:30 PM No comments:

The book contains information and unique data on the structures, operation and the working style of the foreign ministries of the five key countries in Asia, mentioned in the title. The book offers a comparative examination of the performance of these foreign ministries together with new insight into the countries covered, as also for its examination of the cultural dimension of the diplomatic process.
A brief quote from the Introduction: "World Affairs are more fluid than before and therefore demand greater attention. Diplomacy is globalised. One consequence is that almost all foreign ministries are reorganizing themselves, and fine tuning their diplomatic machinery to deliver improved performance. Such MFA adaptation-transformation-reform is a recurring theme in this study."
Further information on the book and order form for the book are available at the page http://www.diplomacy.edu/Books/publications.asp
Posted by Laughing Diplomat at 11:28 PM No comments: